Race Discrimination and Retaliation in the Workplace Results in a Lawsuit 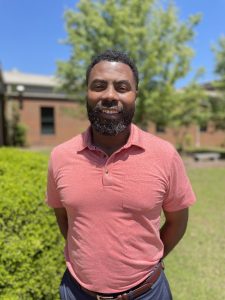 “We’re going to lynch you” is the threat that Dr. William Leamon Madison, a Principal at Colquitt County Schools in south Georgia received as part of the ongoing race discrimination and retaliation he was subjected to.

As a result, Williams Oinonen LLC filed a lawsuit alleging race discrimination and retaliation which can be read here and has been featured extensively in the media all over Georgia including here and here and here and here and here and here. Dr. Madison lost his job after spoke out against racial injustice in an email to his teachers shortly after the murder of George Floyd. The Equal Employment Opportunity Commission is currently investigating this matter.

Dr.  Madison had been a hometown hero in Colquitt County, graduating from Colquitt County Schools as a star football athlete, then working his way up for nearly two decades within the school system from a paraprofessional all the way to principal. For the past 17 years, Dr. Madison received excellent end of year performance evaluations. All of that changed dramatically after Dr. Madison sent an email to his staff at Cox Elementary after the murder of George Floyd. In his email, Dr. Madison encouraged them to be supportive of students, as well as speaking out against racial injustice in a positive affirming way. After sending it, the superintendent informed Dr. Madison that several school board members were upset at his email and called for his job. Emboldened, a teacher told Dr. Madison, “We’re going to lynch you.” Dr. Madison reported this hate crime to the central office only to be told he could write the teacher up. Three days later, the board decided to terminate Dr. Madison’s employment.

Title VII of the Civil Rights Act of 1964 prohibits employers from retaliating against employees who make complaints of discrimination. If you are an employee who has been subjected to discrimination, one of the most important things you can do to protect yourself is making sure you alert your company in writing about your complaint of discrimination to the company’s Human Resources department and your supervisor. The best thing to do is actually to look up in your company’s employment handbook how to do so and then follow the procedure carefully. Retaliating against employees who make such complaints is illegal.

After an employee has been discriminated or retaliated, they have 180 days to file a complaint with the federal agency, the Equal Employment Opportunity Commission, also known as the EEOC. This is an important and necessary step if you ever intend to file a lawsuit because it is an actual requirement before you can file an employment discrimination lawsuit under Title VII to first do something called “exhaustion of administrative remedies” which is filing such a charge with the EEOC. This is not something anyone should do without the assistance of a lawyer.

If you want information regarding your legal rights or need help filing an EEOC charge and going through the EEOC process, contact our law firm today at 404-654-0288.